Back
Hop On Hop Off - Nature & Castle Tour 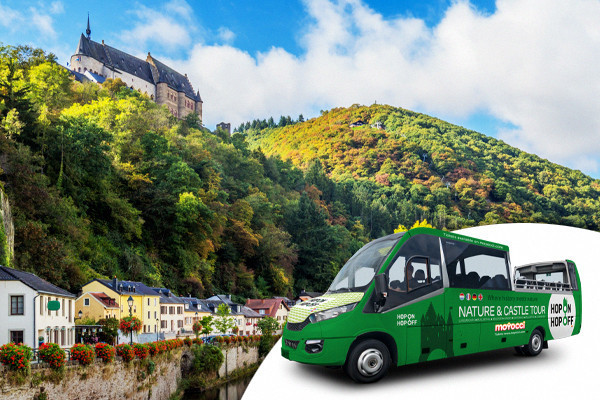 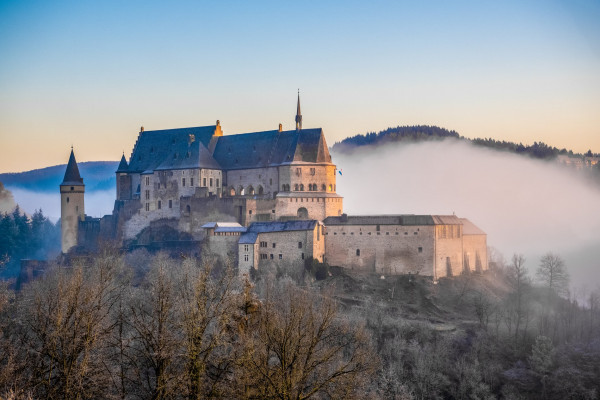 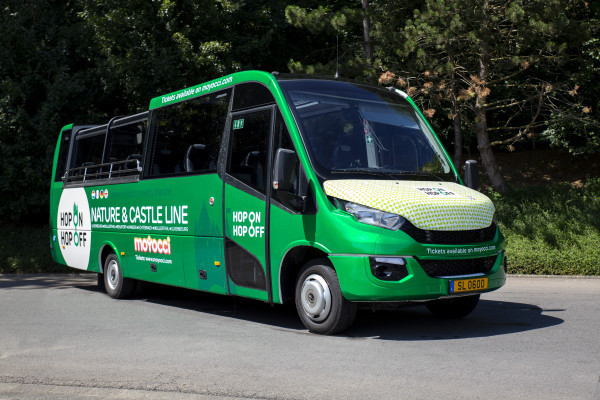 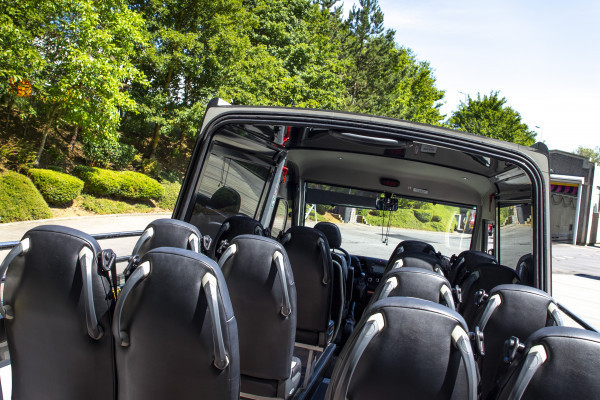 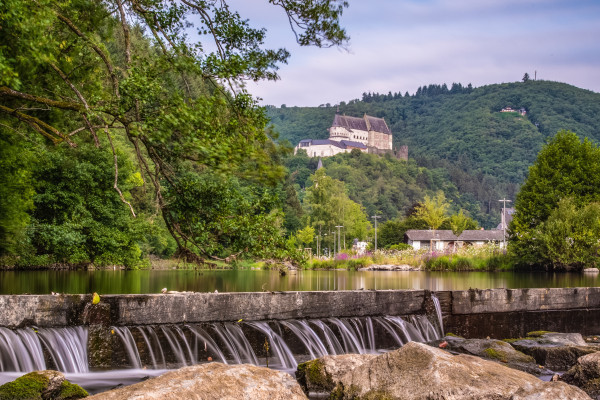 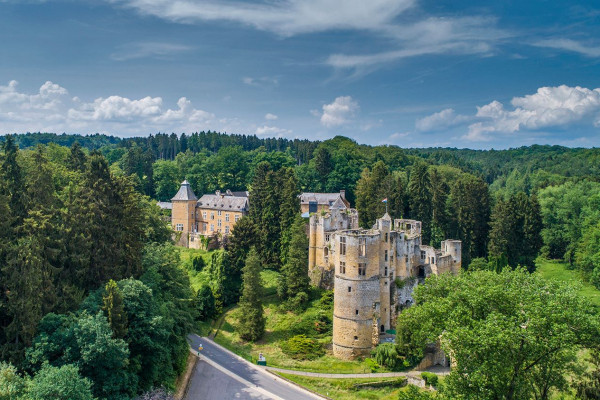 Learn more about the history of Luxembourg, from the Middle Ages to the modern age, aboard our convertible bus. We will show you the fascinating nature of the Mullerthal, "Luxembourg’s Little Switzerland", and take you to the oldest city of Luxembourg.

The Nature & Castle Tour is a day tour where we will introduce you to the nature and history of Luxembourg. The duration of the tour is +/- 8 hours, which includes 2 hours of free time in Vianden.

Departure from Thursday to Sunday at 9.30 am from Monterey Avenue - Luxembourg City, opposite the large pirate ship (children's playground).

The waterfall, known as "Schiessentümpel", with its three water jets on the Black Ernz is one of the most photographed motives of the Mullerthal Region - Luxembourg's Little Switzerland. A guide will be waiting for you and will visit the Schiessentümpel with you during +/- 45 minutes.

The medieval castle of Beaufort was built in four different periods, between the 11th and 17th centuries. You can visit the castle if you wish, or explore the area by yourself. After 45 minutes we will move on.

The small medieval town of Vianden attracts thousands of visitors every year. Particularly worth seeing are the imposing castle that overlooks the town, the town wall with its fortified towers and Luxembourg's only chairlift. During our stop you have 2 hours of free time that you can plan for yourself. You may take advantage of the variety of restaurants, visit the castle of Vianden, or take the chairlift.

Echternach is the oldest town in Luxembourg and was founded in 698 by the Benedictine monk Willibrord. A guide will be waiting for you to show you the most beautiful places and buildings of Echternach during a 45-minute city tour.

After visiting Echternach, we will return to the departure point in Luxembourg City (Monterey Avenue).